What is hard rolling?

How are the fuselages or cars, the building’s base rebars, the train tracks, and all these metal items shaped? You will definitely say that they are made of sheets and ingots. Yes, the answer is correct, but how do ingots come into being? The answer to this question is heavy rolling. But there is a long story in the behind of these two simple words that we will describe.

Metals are extracted from minerals in the heart of the earth. Consider iron ore, for example. After large stones, iron is transported to factories, and after methods are applied to them, iron is separated from other elements and becomes iron concentrate. The same concentrate is transferred to smelters and used in the combination of alloys and steels. To make steel, all materials with a specific composition are added to the industrial smelting furnace, and after melting and removing impurities, it is turned into steel sheets or ingots.

At this stage, the ingots are sent to rolling mills and our main topic starts from this section.

This deformation will depend on the type of rollers. But in general, in this process, the cross section of the sheet or ingot increases and becomes thinner.

The important thing about rolling is that the smaller the rollers,they need to less force. But rolling will not be good  like when the rollers are large. In this case, a sheet may need two rolling steps.

Of course, the problem of force is now solved by producing very powerful electric motors to rotate these rollers, and the larger the size of the rollers and in fact their diameter, the better the rolling and shaping will be.

We have two types of rolling methods, one is cold rolling and the other is hot rolling, which we will discuss below. But in addition, rolling can also be divided according to the type of roller arrangement.

What is hard rolling?

Heavy rolling is used for bending heavy metals and for making parts and even cells and melting furnaces that require bending of very high strength metals. Using this method, the following products can be produced.

All of these can be done in other ways. But what makes this method popular is the very high quality and durability of these products. Of course, it should be noted that if a particle in a stage of heavy rolling, the principles are not observed, all the advantages can be turned into disadvantages. Heavy rolling is divided into several categories.

What is cold rolling?

Rolling is actually forming metals that are available in the form of ingots or sheets and blooms. Blooms can be easily converted into the desired product after cold heavy rolling. For example, blooms can be turned into I and T beams after a cold rolling step. Also, the construction of railway rails does not require several stages of work and can be prepared by cold rolling.

What is Hot Rolling?

One of the parts of heavy rolling includes hot rolling. For better shaping, some of the first metals must be heated, for which a furnace must be purchased. Because sometimes the ingot is so continuous and strong that it cannot be formed before heating.

But the important thing about heating ingots or sheets is the uniform heat. That is, if the ingot is placed in a melting furnace and it takes a long time after removing it from the furnace to the rolling stage, the surface of the ingot may cool while it has not lost its internal heat. This temperature inhomogeneity can cause serious damage such as cracking or tearing.

Otherwise, the surface of the ingot is heated without the heat reaching the internal molecules. Problems also occur in the rolling stage in this case. Therefore, temperature homogeneity in hot rolling is very important.

Types of rolling based on the arrangement of rollers

The simplest type of heavy rolling is the use of the two rollers mentioned above. But three-tier rolling and cluster and ring rolling are also applicable. Each of these methods offers a specific product.

In this type of rolling, the shape of the rollers is different. See the image below. 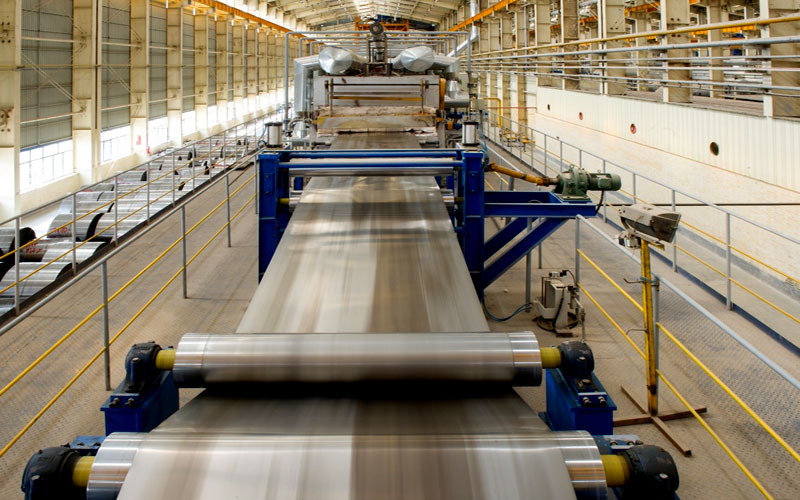 Cluster rolling is very common. In this method, the number of rollers is more than normal. from this

The method is often used for cases where the sheet is very thin. For example, if the foil is rolled, this method is used. Because small rollers are used for thin sheets, these rollers will tilt or warp over time due to the applied pressure, which will damage the system. To prevent this, these small mistakes are covered with large rollers on them.

This prevents the rolling system from tilting and damaging. This type of rolling is called clustering.

One of the most widely used types of rollers is the threaded model. This method is used to make threads, screws and bearings, gears, rebars and the like. In this system, two flat rollers are placed next to each other, in which the desired steel or sheet is placed and forms the threads by abrasive motion.

All items made with heavy thread rolling have an extraordinary advantage over models made by casting and turning. This system is widely used both in terms of strength and in terms of time and energy cost. Thread rolling is a cold rolling type.

Heavy rolling method is used in the construction of aircraft wall and rotary kiln for smelting copper and other types of furnaces.

Aso Sanat Company is a manufacturer of the best melting furnaces for various industries, which with 18 years of useful work experience and with several successful projects in the field of equipping factories with melting furnaces and other equipment such as bag filters and suction fans is with you. 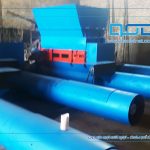 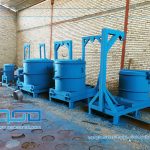 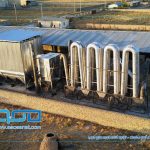 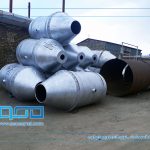 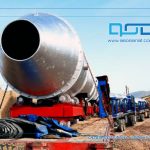 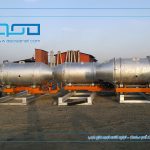